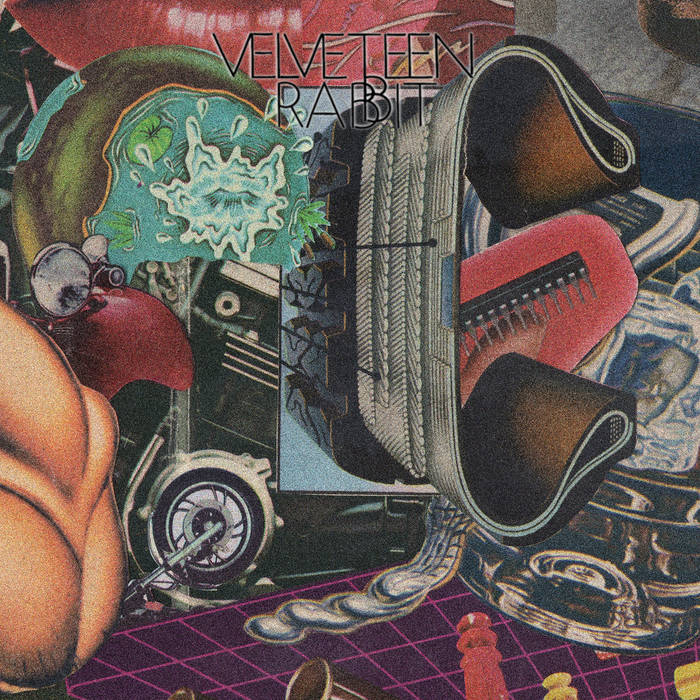 As sad it was to hear about the demise of The Jeanies, by far NYC’s most addictive power pop band of the last half decade, we’re happy to announce their re-emergence as Velveteen Rabbit, now with far more polish and panache and pushing the boundaries of glam pop to unimaginable levels of euphoria. Whereas The Jeanies had a more ragged American pop feel like early Tom Petty meets Gentleman Jesse, Velveteen Rabbit are pure gloss & glam and far more fey, yet no less ferocious. Far less flavor of The Fevers here and more aligned with the breathy pop syrup of the gone-too-soon Brett Smiley, Velveteen Rabbit are one of the finest examples of modern glam, a genre soaked in 1970s over-production that’s virtually impossible to pull off in most cases. But sure enough, these two incredible songs are proof positive that it can be done, both massive tracks with deep, cavernous production and the impossibly great songwriting you’ve come to love seeping out of every pore.

Hopefully this smash hit single is the first in a long line of many more hypno-boogie hits from Velveteen Rabbit, a band that truly understands how the craftsmanship of impossibly great pop isn’t an easy job to pull off, and definitely a shot in the arm to glum-glam/lazy-pop psych-a-like crowd. Everything is mastered to maximum thickness and pristine, glistening tonality, with both tracks instantly competing to be your favorite. – Victimoftime.com