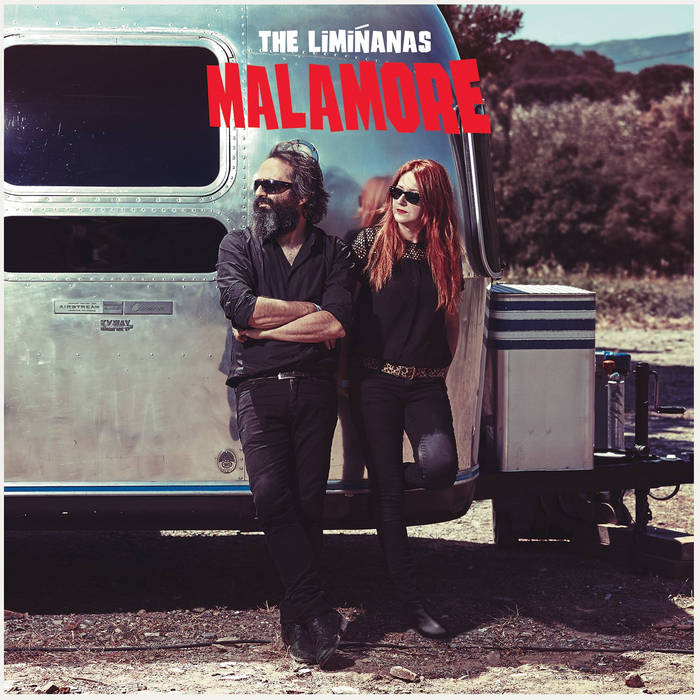 By now this Perpignan band is less of a shadowy illusion and more of a full-on force of French underground sounds, and we couldn’t be happier to being a part in helping perpetuate this fully-blossoming evolution. HoZac had the honor of releasing the debut single from Les Liminanas in early 2010, featuring their most enduring song “I’m Dead” as well as their Crystal Anis LP a few years after, and in a short amount of time, they’ve laid the foundation of darkness delicately into their hazy template of swirling, mind-expanding soliloquies for all to see, hear, and feel. As time has passed, the band has expanded and contracted with whatever size ensemble worked best at the time, still rotating around the core members Marie & Lio but switching out lead vocalists and backup members until they found the right fit. Their newest incarnation features the duo with a full band, much like you’d see onstage when they play live, keeping those delicate nuances in top form, and allowing Marie & Lio to steer this vessel straight into your pleasure zones.

On their new LP ‘Malamore’ they keep their lyrics mostly in English, yet their sly use of the French dialect is pure heaven to any fans of Serge Gainsbourg who also enjoy their side of Velvet Underground, and it’s a deadly combo to the uninitiated, to say the least. The breathy vocals inflected over the sublime feedback and fuzz coalesce into the perfect soundtrack to this utopian atmosphere, never quite reaching out fully from beyond their ethereal mist, yet grasping you firmly and pulling you into their lair where the senses are blurred into a living, breathing, embodiment of modern French noir perfection. And as if their own creative construction wasn’t already sturdy enough this time around, Peter Hook (Joy Division/New Order/Warsaw/Stiff Kittens) has even stepped up to offer his bass contribution on the track “Garden of Love,” which shimmers with other-worldly undulations and lifts the band even higher in reverence, a remarkable collaboration and a certain breakthrough, undoubtedly. Your time to indulge has come, and The Liminanas have really struck gold yet again with ‘Malamore’ their latest high water mark in effortless French pop perfection, served cold, dark, and fresh.